The formation of
European Language Centre 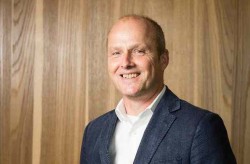 The story of Daniël Stevens

‘Opening up a world to people’, that is what I aim to do with
European Language Centre. In the same way that setting up this organisation has opened up a world to me. Before I set up European Language Centre, all I knew was that I wanted to start a business for myself. What kind of business, I didn’t know yet. I handed in my notice and travelled to Japan and other countries in the Far East, just to see something of the world. And to think about what to do next.

In order to fund my trip, I thought about what the (working) population in Japan would be in need of. My conclusion: language training! I contacted two language institutes, including CERAN LINGUA, with the question if I could do something for them in Japan. And so, at the start of my trip, I first had three appointments each day in Tokyo for the entire week. Quite an experience. Particularly because there are no street names in Tokyo. During these visits, it became clearer to me that I really wanted to start a business for myself. And I also knew the product ……….. language training. Back in the Netherlands, I set up European Language Centre in 1991, as a partner of CERAN LINGUA.’